As we age, we just naturally become more vulnerable to disease processes such as high blood pressure, heart disease and stroke.

But an interesting case study by two Los Angeles researchers sheds doubt on traditional views about the chances for recovery from at least one of these dreaded diseases - stroke. Widely accepted medical viewpoints claim that all recovery from a stroke will stop at about six months after the occurrence of the vascular accident. But using hypnosis, a technique not normally associated with the treatment of stroke, researchers helped a 66-year-old woman regain several physical capacities, including limited use of a disabled arm and the ability to walk without a cane.

The hypnotherapy began six months post-stroke and lasted for six months. Under hypnosis, the patient was guided through imagery that recalled memories of previous abilities, including swimming in a river as a child. In addition to the hypnosis sessions, the woman was given audiotapes to practice with at home. Follow-up one year post-stroke showed verifiable improvement in the physical capabilities of the patient.

Researchers Jean Holroyd of the University of California at Los Angeles and Alexis Hill of Permanente Center in Lomita, California speculated that even though therapy for strokes is traditionally viewed as not being useful beyond six months post-stroke, the capacity of the mind to learn new information and processes does not have an end point. Imagery works on the mind in a way that is not yet clearly understood. But, as these results show, the ability of imagery to push back traditional limits of effective therapy holds exciting possibilities, and it is an area that merits further investigation.

As an interesting side note, the hypnotherapy was instituted at the request of the patient, after a neurologist had concluded that she would not likely gain any further improvement in her physical condition. Sometimes, it seems, the patient knows best. 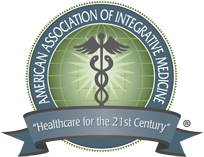